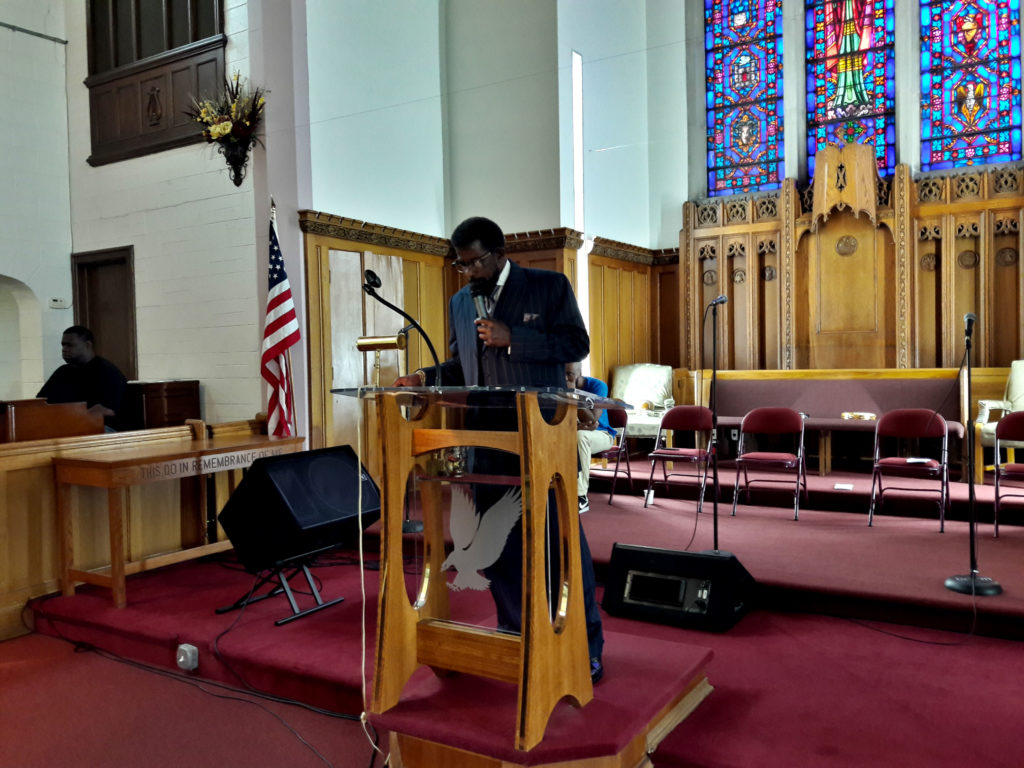 He accepted his call into the ministry June 1979, shortly after his marriage to Virginia Banks. He is the father of five beautiful children, Clinton T., Ginger, Christopher, Brandi and Kenerah.

Pastor Norman preached his first sermon September 1979 and was ordained March 18, 1980. He was called to his first pastorate at Concord Missionary Baptist Church in Slayden, Mississippi in January 1981. He served there four years preaching the Gospel of Jesus Christ. In 1987 he was called to be Shepherd of the Pine Grove M.B. Church in Tupelo, Mississippi. He felt the Lord wanted to use him in a more profound way and sought to accomplish that call by venturing out on faith. He migrated to Chicago, IL, April 1988 and became the Assistant Pastor of the Stone Temple M.B. Church. He served there for six years under the Pastorate of the late Pastor J.M. Stone. He became Pastor after the death of Pastor Stone.

In the summer of 1995, the Lord spoke to Pastor Norman and instructed him to step out in His name and organize a church. That step created a new beginning and the New Genesis Assembly of God Baptist Church was organized by God’s grace. The church has and continues to experience tremendous Christian growth, spiritually and financially.

Pastor Norman has saved many souls through the preaching of the gospel. He has shared and spread the Gospel throughout the USA, (Ohio, Missouri, California, Florida, Tennessee, Georgia. Louisiana, Texas, etc…)

To God be the glory for all the marvelous things he has done.

Any cookies that may not be particularly necessary for the website to function and is used specifically to collect user personal data via analytics, ads, other embedded contents are termed as non-necessary cookies. It is mandatory to procure user consent prior to running these cookies on your website.